It's been almost two years since I started Ion Technologies. Here's some of the things we've achieved in that time. 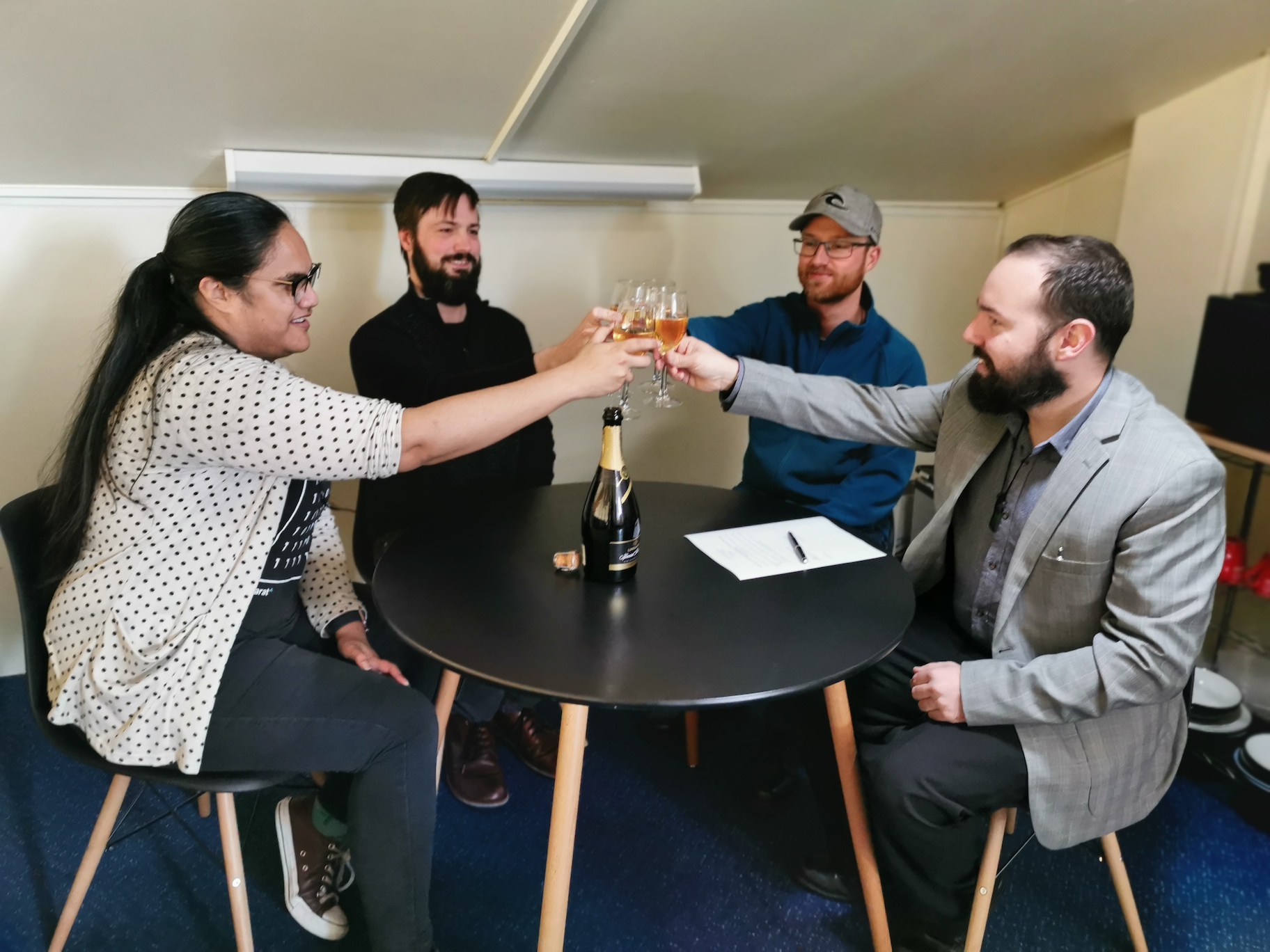 It’s been almost two years since I started Ion Technologies. I had moved back to my home town of Kerikeri to be closer to my family, spent four months with my family and our newborn son, and was ready to start working again.

A brief aside; I got into software devleopment in my teens and moved to Auckland to study Software Engineering at the University of Auckland. When I left home, my mother told me not to come back - there were no opportunities for me up here she said, and I should go where the jobs are. This was something we took into account when my wife and I made the decision to move back home - I would need remote work of some kind. I didn’t want to work by myself though, but to get anyone else involved I needed enough work to support at least two of us.

A friend reached out and offered to put me in touch with a client of his, as he was about to embark on his own new journey and wanted to make sure they would be taken care of. Less than a month later, I had my first client in Stellar Library, working on building out their Python back-end and maintaining their Amazon Web Services-based infrastructure. They were scaling their business up which fit me perfectly - I love startups, and the chance to take an active role in ensuring they could handle the volume of new customers they wanted to bring on board was pretty exciting.

I spent about a week working from home before deciding to look for something a bit quieter - conveniently, Judy Terry had just opened BizSpace, a co-working space where I could either take a hot-desk or a closed door office. They were about 10 minutes from my house and had a steady internet connection - what else could I ask for!

After a few month’s searching, I found another ongoing contract as an interviewer for Karat performing technical interviews remotely for their many clients around the world.

Karat was a perfect fit for me. They were remote friendly, I got to talk to new people every day, and the way they handle interviewer availability meant I could fit them around my work with Stellar. This gave me the ability to bring on a bit of help, so I got Nick involved doing some exploratory work looking at ways to scale the back-end tooling for Stellar. This enabled me to do more work for Karat over their busy period, and I made it to into their Senior Interviewer cohort quickly. From here, it was a quick jump into the quality control and mentoring teams, and soon we had more work than we could handle again.

At this point I realised I needed a full-time partner. A big motivator for me in starting the company was to provide good, stable jobs in the North, but I never wanted to be an employer. I had always hoped that anyone willing to join me up here would want to be more closely involved in the business and take an ownership stake in it. I ran the company with this goal in mind - anybody who came on full-time would come in as an equal share partner. Nick was still happy with his day job at this point, so I searched around and found that Phillip was looking for a way out of Auckland. I sold him half of the company in January 2018 for the face value of my shares (an entire $60), and we made a deal to convert the company to a proper co-operative once we had our third partner.

Phillip immediately got cracking on scaling Stellar’s platform up and applying some of the architecture and security lessons he had learned at Pushpay. Now, we have the ability to rebuild Stellar’s entire production infrastructure from scratch using Terraform with a few short commands! He’s made a large difference to the long term maintainability of their application, and is still improving things as we speak.

Again, this wasn’t the end of our growth. We had been doing regular business planning with our amazing accountant Janine Telfer, and it became pretty clear that we needed another full-time person if we were going to be able to handle the approaching workload. This time, Nick was prepared to move north and take on a full-time role with the team. He joined us in July, bringing his expertise in large-scale software development and management to the team.

So now we sit at the end of nearly two years in business. We have built a solid team of people we can trust to get results for our clients. Last month, we bought in five times the revenue I started the business on. And this week, we signed the papers to convert the company into an official Co-Operative Company under the Co-operative Companies Act 1996.

There’s plenty more left to do, but I just wanted to take the time to celebrate some of our successes. I wouldn’t have been able to do half of this without the backing of the rest of the team. Kia mihi tō mahi ōku hoamahi, tēnā rawa atu koutou! As well, our family and friends have supported us during this time and we wouldn’t have gotten this far without it. Kia mihi tō tautoko a mātau hoa rāua ko whānau, me te aroha nui atu o mātou katoa! And last but not least, our clients and suppliers, without which we would have been dead in the water. Kia mihi ki a tatou hoa pakihi, he mihi nui ki a koe!

Ion Technologies is a software development consultancy based in the beautiful Bay of Islands, New Zealand.